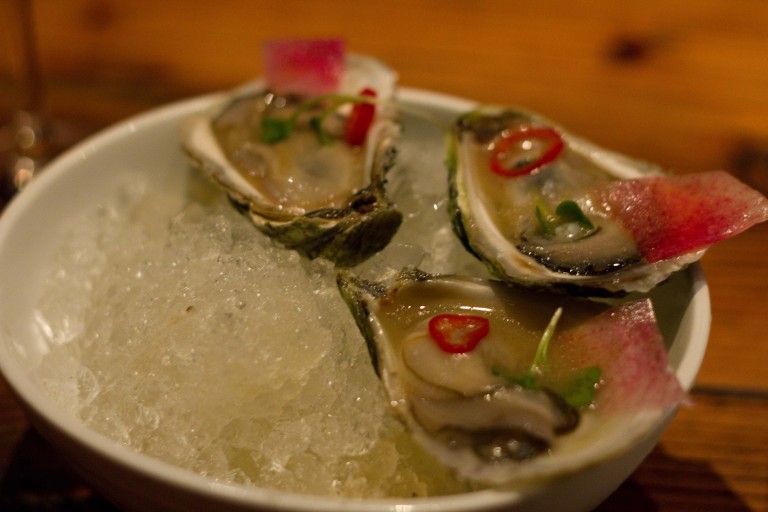 I made it my mission to seek out what Ben has not found on his many visits to Toronto.  A stand-out, must-visit spot.  I did my usual research and reached out to friends for advice.  I found a bunch of places that looked good, but seeing as I wasn’t sure if I’d even have one dinner with Ben in Toronto, I didn’t make any reservations.

Luck would have it though that Ben was able to move his schedule around to include me on dinner out with a friend, but with the caveat that I choose the restaurant.  I phoned a couple of places, but in the height of the TIFF, it was impossible to score a reservation at any of places I had marked down on my list.

We ended up at Origin, which didn’t make my original list, but was mentioned in the EnRoute magazine that I read on my flight. 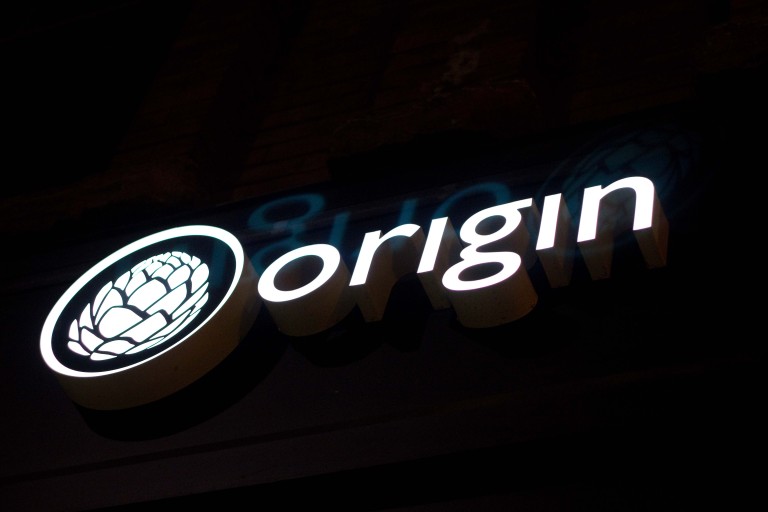 The first thing I noticed when we walked in, was how much I liked the open space with its brick walls and old wooden floors.  We were seated on the bar side of the restaurant while we waited for our table and noticed that this was where the beautiful people of Toronto were hanging out that night.  My one and only complaint was the fact that if you’re going to delve into the world of creative cocktails and charge $15 for them, then you shouldn’t be using Captain Morgan’s Spiced rum and Absolut vodka and  you also shouldn’t use them as selling descriptions in your menu.  Yes, I’m a cocktail snob, but I’ve been spoiled by the best.

I was happy when they seated us at the low food bar, facing the open kitchen in action.  The menu consisted of many share plate sized dishes, so we decided that we would order just a couple of things and then look at what else was coming out of the pass to decide what else to order.

It’s too bad we were too full to try dessert because in my post dining research, it seems that they have some very creative offerings.  But we had a great time nonetheless.  I think our dinner at Origin was enough to pique Ben’s interest on dining in Toronto.  It’s really too bad he didn’t go with me to Black Hoof the night before because with that I’m sure he would have been fully convinced.  Oh well, there are always future meals!

One Reply to “YYZ – Origin”