When I cook, I figure that if I’m going to the effort, I should make more than enough so that we can eat it again.  But whether it sits in the fridge or freezer, I rarely go back to a meal because I don’t like leftovers.  I have the best intentions when it comes to the leftovers, thinking they will make a good snack, or easy dinner.  But when it comes down to it, I can’t get past the feeling of “been there, done that”.

I have the same bad habit with my travel food posts.  Although I have the best intentions of sharing all the great finds, I’ve found that so many gems are forgotten in order for me to share what’s new.  But in the past year, there have been some really great treasures that are too good not to be mentioned.  So here are my 2011 leftovers for you to devour.

Hands down, the best thing I ate in Hawaii is from a little restaurant that almost no one will drive out of their way to go to.  Your loss because this is THE BEST fried chicken I’ve ever had.

I wanted to stay away from Japanese food in Hong Kong even though my friend kept telling me that there was very good Japanese food there.  After a long day in Macau, I didn’t want to do any thinking when it came to dinner so I let my friend choose a place for us to meet.  He was sneaky and had me meet him at a restaurant in the Renaissance Hotel, which turned out to be teppanyaki.  I’m glad I was tricked into going because the meal was one of the best I had in Hong Kong. 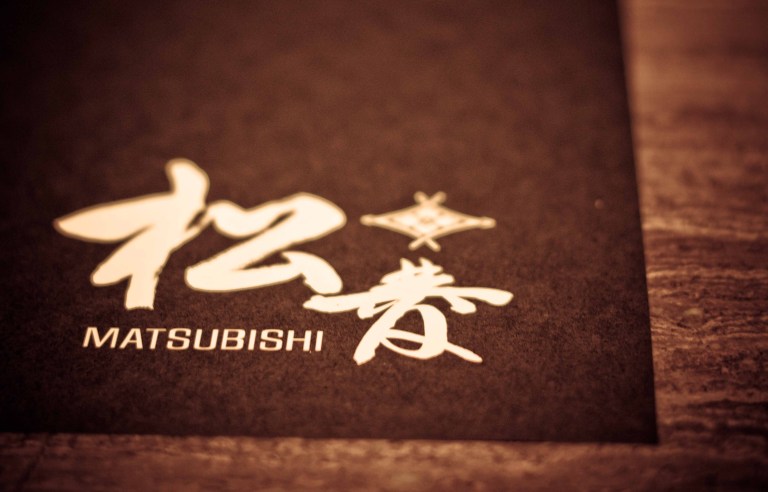 Always on the hunt to find a restaurant in Vegas that I’d return to, or recommend without exceptions or caveats, I found 2 this year on 2 separate trips but both at the Cosmopolitan.

Buffet’s are a waste for me because “all I can eat” is never worth the price of admission.  But the Wicked Spoon is the best buffet I’ve been to in Vegas.  The food options were a notch above other buffets, (bone marrow, braised short ribs, mac&cheese station made to order).  I loved the fact that most things were pre-portioned into cute vessels to keep you from over-indulging.  Well, to a point.

I have a huge list of favourites in Seattle, but it’s nice to add 2 more to the list.  The first was an oyster bar in Ballard called the Walrus and the Carpenter.  Located on a stretch of road that had many wonderful looking restaurants, this little gem is tough to find on a rainy night but worth the hunt.  So much more than just an oyster bar, everything I ate was great, but the fried brussels sprouts and roasted medjool dates were special.

And since I’m throwing in all my leftovers, I got to meet some of my food idols this past year.  Actually idol may be downplaying my feelings for the first…

Anthony Bourdain was speaking in Vancouver and I was lucky enough to sit front row to experience him up close.  I was lucky enough to attend a signing afterwards and was nervous about what I was going to say.  I attribute my wanderlust for food travel to Bourdain and couldn’t wait to tell him that.  While clutching my well travelled copy of the “Cook’s Tour” in hand, I wasn’t able to get all the words out, but I think he understood how much he meant to me and was touched.

While visiting ink.sack in LA, I noticed that the Voltaggio brothers were doing a signing while I was in town.  The Vegas season of Top Chef is one of the best because of these guys and I’ve watched it many times.  It’s too bad that their “characters” on the show were the same in real life.  Bryan tried hard but came across as friendly but boring and Michael seemed to really be a pretentious jerk.  Oh well, I think I look good in the photo though. 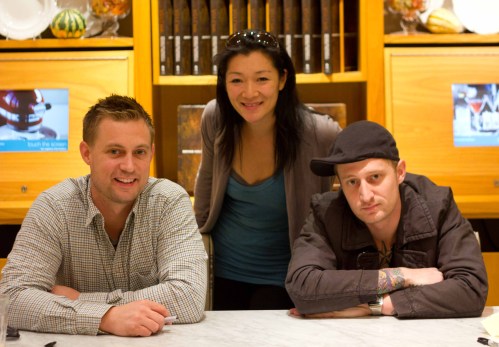 That’s it!  All my leftovers cleaned out for the year and I’m sorry it was so long, I’ll try harder to be more current in 2012.  Is that a resolution?  No, because those are always broken.

A meal from a few weeks ago, but I can’t stop thinking about the rich indulgent “Canadien” flavours from @stlawrencerestaurant Cabane à Sucre. The tourtiere (as always) exceeded my expectations and I was so happy to have taste of foie gras on my palate. It was also more meat than I’ve eaten in a long time and I loved it. Takeaway this incredible lifts me out of my “wish I could dine in more often” blues, although I have mixed feelings about the Habs flag 😉
Thankful to start the New Year with an osechi prepared for me by my parents. While I wish I could have shared our traditional Bando お正月 (New Year’s) feast together with the whole family, it was nice to start the year with the flavors of home.
Without travel for almost a year, it’s easy to be sad about all the places I didn’t get to travel to in 2020. But I’m lucky enough to live in a place where I’m able to savor flavors that remind me of my favorite places. Love the amazing tastes @potluckyvr that whisk me back to the street stands and hawkers markets of SE Asia with every dish
Friday night aperitivi while waiting to pick up the best (vegan) pizza in town. Not many things I love about 2020, but this Friday ritual, I cherish.
While the world swirls around me, I ground myself in the brilliance of what I experience when I focus straight ahead
Oh the places we have gone! While Oaxaca is always our home base, I cherish the times we’ve spent exploring new places together. Of all the amazing you are, your greatest gift to me is your belief that “Good friends share good friends”. I ❤️the friendships we share and the adventures we’ve had surrounded by our amazing circle. Happy 40 to you @oaxacking! Can’t wait to meet you wherever as soon as we’re allowed!