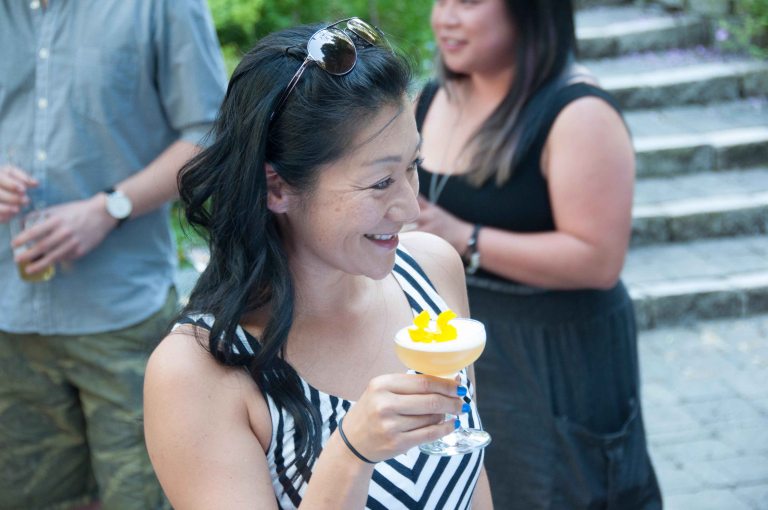 I’ve never been concerned about my age, but it’s probably because I have that “asian gene” and people have always thought of me as being much younger than I am. I’m sure if you took a poll, the consensus would be mid 30’s-ish. Heck, when I see photos of others who are 40, I never quite feel that I belong in that age category.

But this year, I started dragon boating with a Senior’s team going to Nationals hoping to qualify for Worlds in 2014. The age qualification for being a Senior A is 40+, with the cut-off for Nationals being 39 by June 1st. I was clearly 39 last month, so I qualified but have a hard time “coming out” to others that I’m paddling with this team. It doesn’t help that we’re referred to as “the senior’s team” either.

So it’s with this mind-set of becoming a senior that I was torn between having to admit that I was turning 40, and wanting to celebrate the milestone at the same time. I floated the idea of having a birthday party to Ben, which I immediately retracted. Having a birthday the day after Canada Day, all of my life, I’ve rarely been able to get people together for my birthday because people usually have other plans or are away for the long weekend. I couldn’t not feel rejected, trying to organize something that no one wanted to attend.

When Ben told me that he had arranged a nice meal with his parents to celebrate my birthday I believed him.  I was secretly disappointed that he wasn’t planning a party for me but was fine because I knew we’d have a great time nonetheless. In the days leading up to my dinner, I was beyond stressed out at work and then contracted a skin and eye infection that almost brought me to the hospital. I was wiped out and looking a bit like a wreck and hoped that this wasn’t what 40 was going to have in store for me. I wasn’t in a party mood, so a nice dinner out was just what I needed.

When we arrived at Ben’s parent’s house for a pre-dinner drink, we parked at the back of the house and I could hear people in the backyard…

I was shocked at the group of people who had gathered to celebrate my birthday with me. I made my way around the garden for hugs to everyone, when someone caught my eye. I couldn’t believe that Ben had gotten our friend Brian Grant from Pourhouse to tend the bar for the evening. 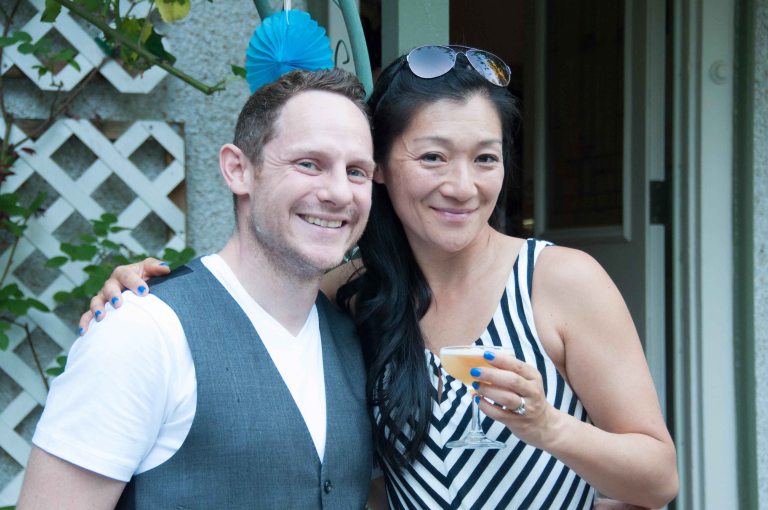 Brian had chosen 2 cocktails to be served for the evening. Whenever I’ve visited Brian at the bar, I’ve always left the choice to him and he’s never disappointed me. Brian’s choices for the evening were perfect. 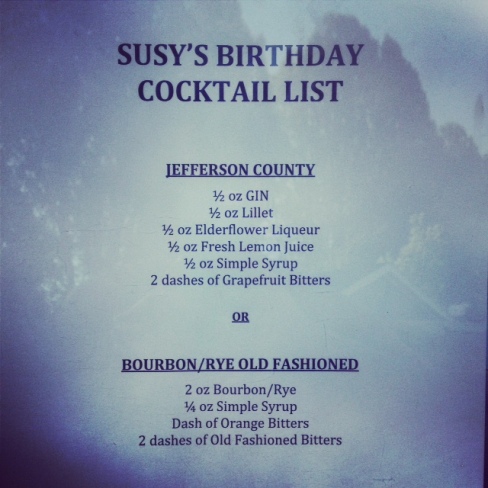 The Jefferson County was my perfect birthday cocktail and for the non-drinkers in the crowd, the punch was a big hit as well.

Ben gathered everyone for a toast to me. I was touched at the attention to detail and thought that Ben had put in to organizing a terrific birthday party for me.

I noticed some people hovering beside another table and I wandered over to see a huge tub of freshly shucked oysters.

Ben pulled in another favour from our friends Brian and Ray from Seafood City in Granville Island for a generous supply of oysters. 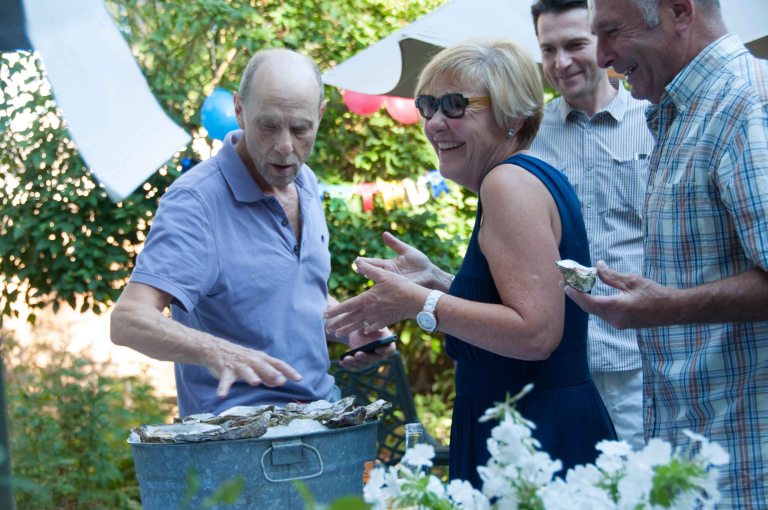 Henry had recruited some help from my friend Cody for some oyster shucking. There were Malpeque, Kusshi and the large “local beach oysters” that everyone seemed to be enjoying.

After the oysters, it was time to grill and the Shiffman boys got on the grill to cook up burgers and Oyama dogs.

Ben asked me a few weeks ago what my favourite cake was. Without blinking an eye, I was able to declare the Devil’s Food cake from True Confections. It had been years since I’ve had it, but I remembered that I loved the chocolate cake with their marshmallow frosting. So lucky me when I was presented with that AND a Diplomat cake from Notte’s Bon Ton. 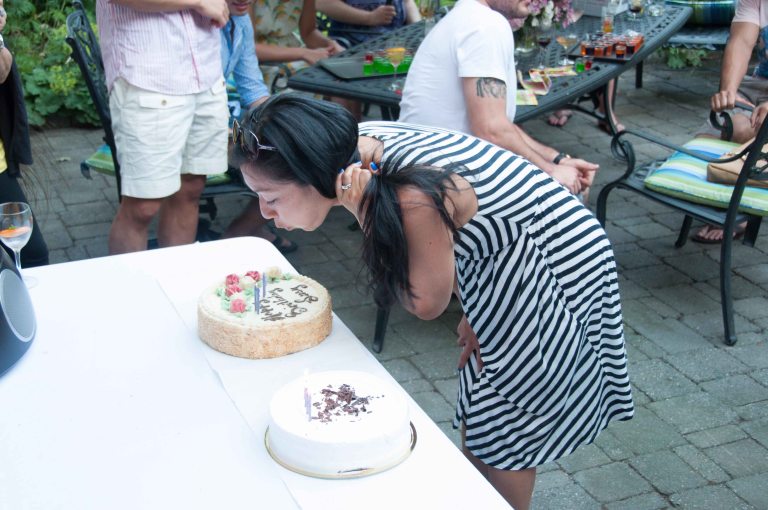 Of course, it’s not a party for my friends from the rink without jello shots.

Ben had organized a wonderful garden party without me knowing. I know it couldn’t have been easy planning an event under my curious nose but Ben had arranged an evening of “favourites” that I’ll never forget (and thank you for no pink flamingos).  I had a wonderful evening surrounded by family and friends and I’m so thankful for the amazing people in my life. I appreciate the time everyone took to make my birthday party so special.

Thank you to my brother Vince who took the photos I’ve used in this post. I know you hate taking photos of people, but think you did a magnificent job documenting the festivities. I’ve included extra photos below for those who were there to enjoy. 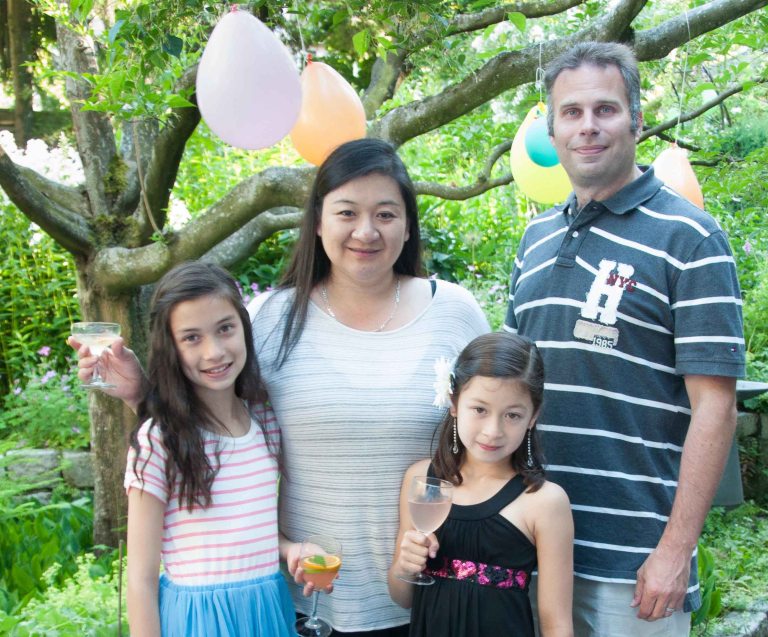 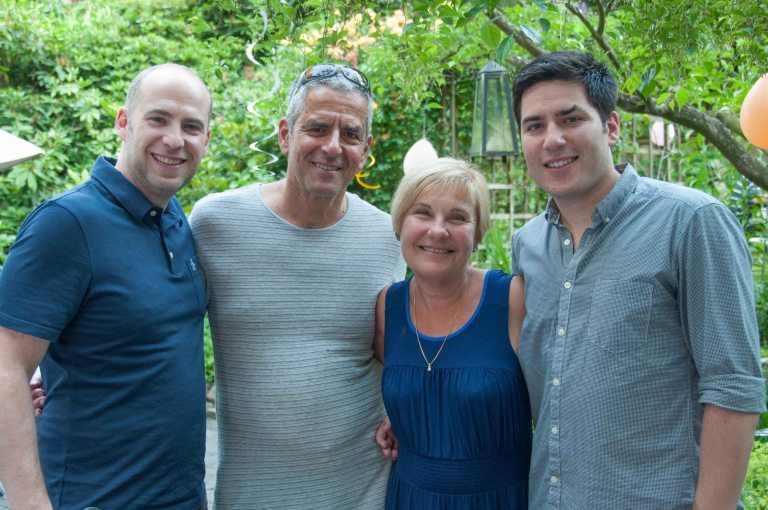 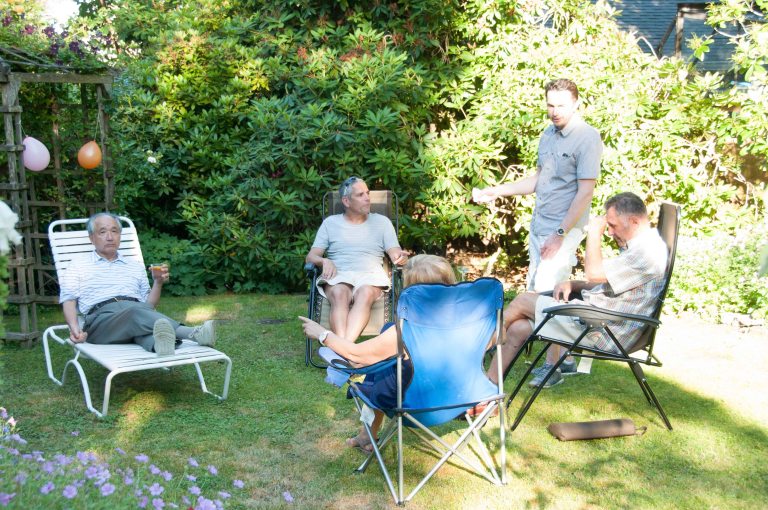