I constantly feel like I’m behind on posting. I always have 2-3 posts pending…

So by the time I catch up on old posts from the end of the past year, I feel like I’m way too far into the new year to post my leftovers from the previous year. But this year, I decided it didn’t matter. So although it’s February, I am going to post my list of the places I ate in 2014 that were note worthy, but weren’t mentioned anywhere else.

Last January I was in Hawaii, where one of the most memorable things of the trip was being there for 13 days and it rained for 11 of them…

I thought I’d included all the spots for Hawaii, but realized I left out Izakaya Gaku in Honolulu. I wouldn’t say it was on my favourite list, nor would it be high on my list to return, but I do remember loving their Hawaiian red tuna sashimi and tuna poke. 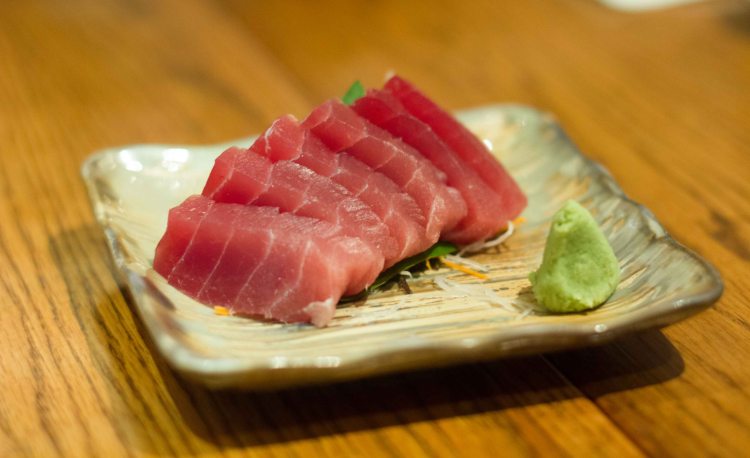 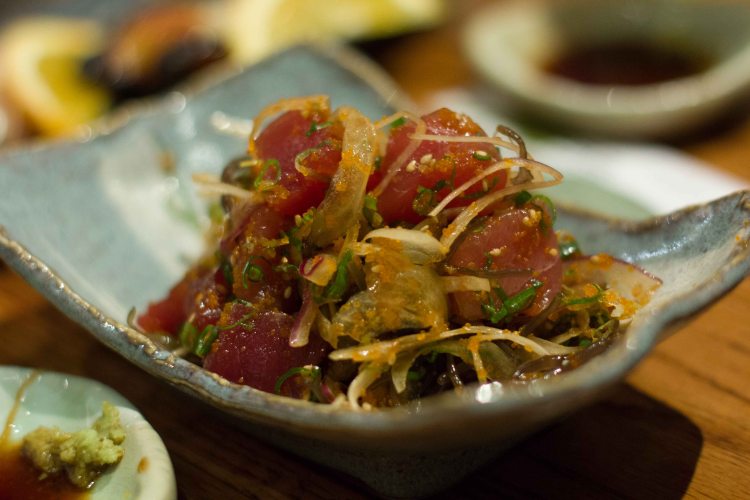 In March, I took a weekend trip to Napa, which I documented well, but never mentioned the one fantastic meal I had on my night in San Francisco before flying home.

Judy Rogers’ roast chicken at the Zuni Cafe has been on my list to try for many years. I’m sorry that Judy passed before I visited, but I’m sure she is still watching over Zuni’s wood fire oven as they roast 100’s of chickens a night. The finished bird, carefully cut and place it on top of a bread salad deserves to be known as iconic. And yeah, the shoestring potatoes are a nice snack to have while you’re waiting an hour for your chicken. 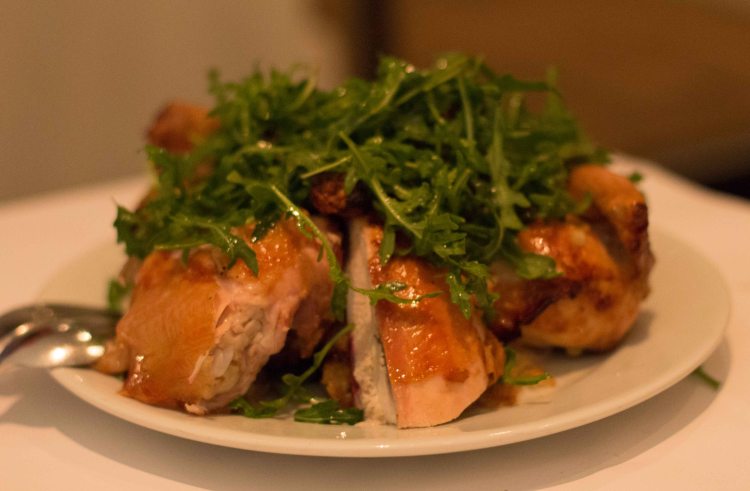 In May, I took a quick roadie down to Portland for the weekend, but on the drive home north, I stopped to catch a Seattle Mariners game. When I’m in Seattle I always make my way to the Pike Place Market. This time, I  had to stop when I noticed the sea urchin sold in cups, ready to eat at City Fish Market. These giant lobes were milky sweet and made my mouth so happy. There’s a reason why uni is one of my top 3 favourite foods. 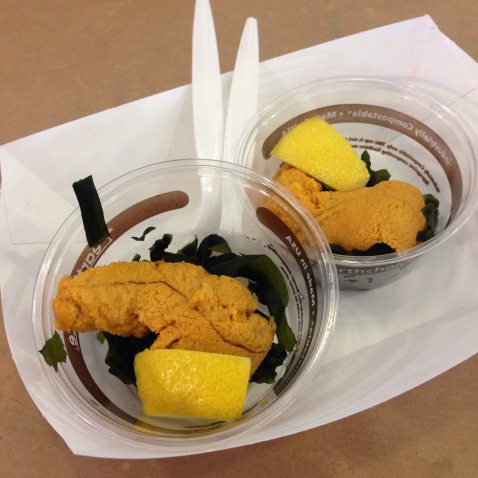 In June, I was in Charleston for my cousin Zach’s wedding. There was so much great eating, I just couldn’t keep up. I realized that I missed writing about the Hominy Grill, on everyone’s list as a Charleston “must”.

After Charleston, it was on to Nashville to spend a few days with cousin Alex. After many hours in the car to get there, I was happy my first stop to grab food was at Mas Tacos Por Favor, where Alex was working (at the time). The tacos were delicious, especially the fried avocado one, but what stole my heart was the elote. I love corn, and in the elote form, (mayonaise is spread over cobs and then covered in cotija cheese), I always want to order it. But after a bad (stomach) experience in Oaxaca a few years back, I (probably) won’t ever order it off a street cart in Mexico again. The Mas Tacos version was grilled (a bonus) and had great hints of lime. 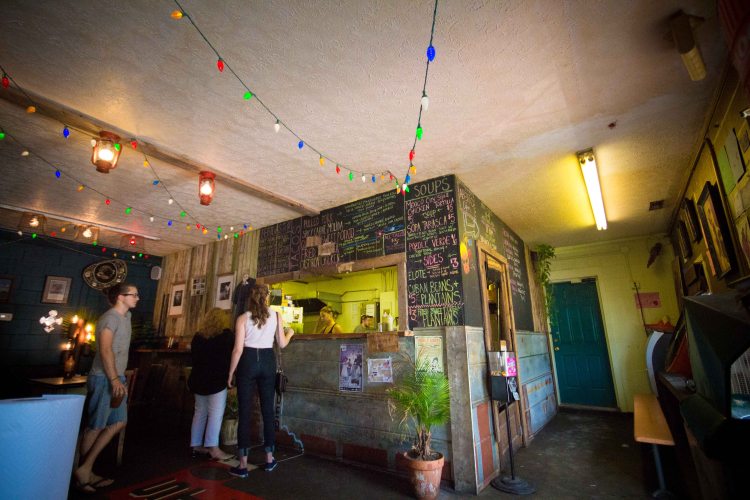 I was in Nashville for my birthday and while my indulgent dinner at Husk was documented, I never wrote about the great burger I had for lunch at Burger Up.

Cooked medium rare, topped with pimento cheese with a side of truffle fries, this is what I dream about when I crave a good burger. The side of pickle chips were pretty amazing as well and I think I had an elbow up as I ate them because I didn’t want to share the plate with anyone else. 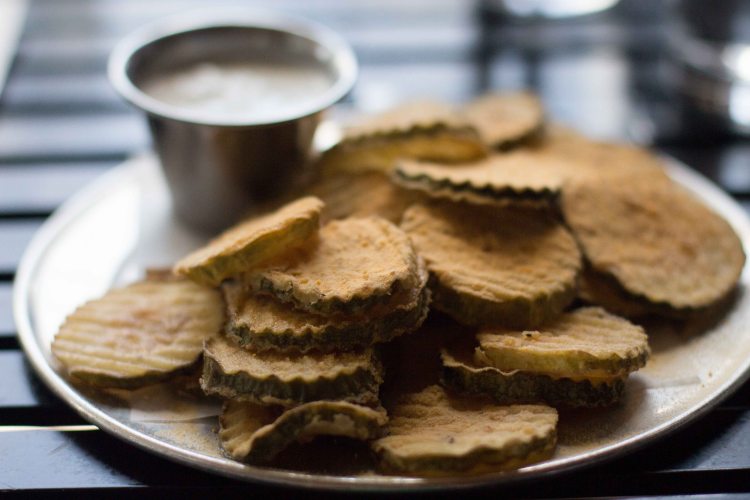 It was hot in Nashville, so I spent most of my time wandering in and out of bars listening to music during the day. My favourite was Roberts Western World for the music and their Recession special. For $5, you can get a fried bologna sandwich, a bag of chips, a PBR (beer) and a moon pie. 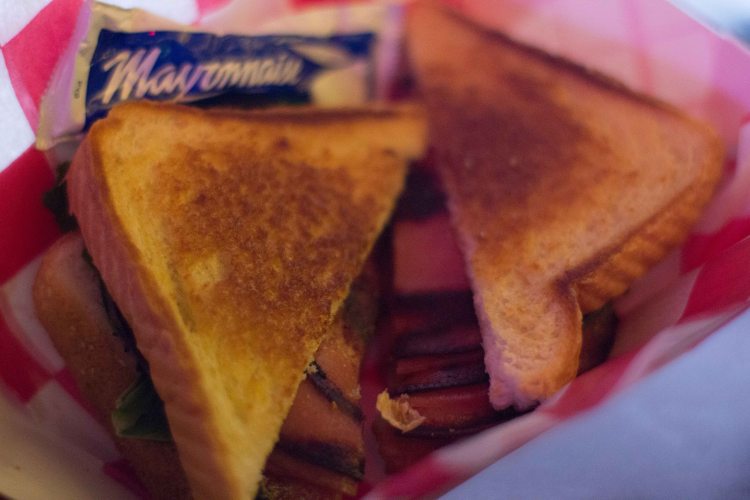 When in Nashville, of course you have to go out for barbecue. I’d read an article put out by Travel and Leisure listing Nashville as America’s best city for barbecue, a controversial choice, I’m sure, but it definitely put bbq on top of things I had to eat while I was there.

Alex chose Martin’s Bar-be-que Joint, known as the “Temple of Meat” and it was exactly what I was hoping for. This is the type of place you put your elbows on the table and just start bringing the meat up to you mouth, stopping only to have a swig of beer to cut through the grease. 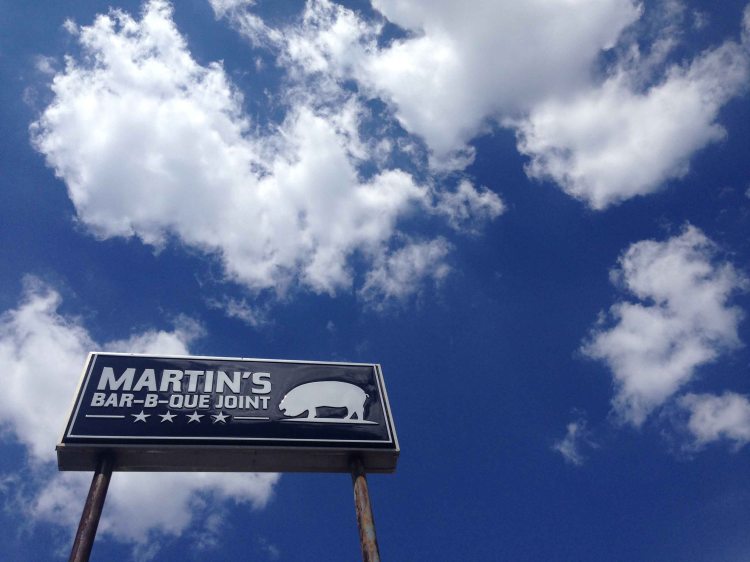 Ever since I’d watched Sean Brock go through excruciating but somewhat joyous pain eating Nashville hot chicken on an episode of Mind of  A Chef, I knew it was something I was curious to try. Now I will admit here, that I like spicy foods, but spicy foods don’t like me back. Over the years, I’ve become smarter with my body and have eased off ordering anything too spicy, but there was something about Nashville hot chicken that was calling to me. It just so happened that I was in Nashville for the 4th of July, which is when they hold the Nashville Hot Chicken Festival. We were looking for something fun to do to celebrate the 4th and this seemed like it.

The line-ups were crazy for the chicken, so we divided and conquered. I waited in line for the most famous Prince’s Hot Chicken, while Alex came back with hot chicken and fish from Boltons Spicy Chicken and Fish. We were lucky that she was able to jump the horrendously long queue for beer, so we had something to wash the pain down with.

Hot chicken isn’t a fried hotter version of a Buffalo wing. It’s chicken, coated in spices, fried and then smeared with a hot pepper paste. It’s hotter than anything I’ve ever eaten, but is absolutely delicious. There was something so addictive about it, and even when I was in pain consuming it, I couldn’t stop eating. There was a point where I felt almost euphoric in eating it. I knew I should have stopped, but couldn’t… and yes, my body hated me afterwards.

In November while I was in LA, I had a few hours to kill in the morning out by LAX, so I headed over to Playa Del Rey to check out Playa Provisions. I was a fan of Brooke Williamson from Top Chef Seattle, and then again from the Duels show. I know she’s talented, and although I’ve wanted to do a more substantial meal, that hasn’t been in the cards for me in LA. At the very least, I knew that I’d get a good “California” breakfast from here.

Night + Market on Sunset has been on my list to try for a few years now, but it’s never seemed to work out. This year I pushed, and I was happy I did. The dishes were unique and the flavours reminded me of being on a beach somewhere in Thailand. I loved the space, the cocktails and for the most part the service. My only quip was that when I asked what the dominant herbal flavour in the catfish tamale was, the server wouldn’t tell me, nor would he find out for me. When pressed, the server said “chef doesn’t want to give away his secrets”. It really just seemed ridiculous to me and something that still annoys me 3 months later. Other than that one thing, I really did have a good time there. 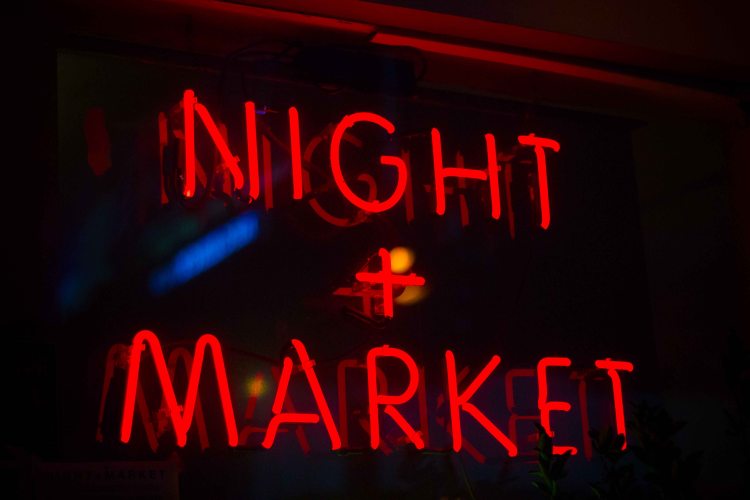 Well that’s most of my year’s worth of leftovers. Oaxaca’s delicious leftovers to follow…

Cocktailing in Victoria is one of my favourite activities when I’m there (read into it what you may). I love the unpretentiousness of the scene and focus on local seasonal ingredients that result in utter deliciousness. A list of My Favourite Places to Cocktail in Victoria BC is linked in my bio now.
The moment before the moment I learned to fly
Missing all the fabulous meals in wonderful spaces shared with my favourite people
As the calendar flips to the New Year, and the world turns around me, I look to the stats as my truth. Actual data keeps me focused.
One of my favorite days of 2022 was spent at the beautiful @ooooa.studio cooking & learning with @chefrodocas. I arranged this day because I wanted to inspire my mama with new flavors & techniques. What I quickly realized was that by bringing together my biggest food influences and creating a meal shared together at a table of my closest family, I was also fulfilling a dream of my own.
When @fcoronado voice texts you from Oaxaca and is SO excited about the snow in Vancouver he becomes your DP and not only sets up the shot with framing tips but also advises on wardrobe, you feel like you HAVE to (even if you know your neighbors think you’re crazy).