Call me adventurous, call me foolish, but when an opportunity presents itself, I love to jump. That’s how I found myself spending 24 hours in Tijuana on a beer crawl/food adventure before heading further south into the Valle de Guadalupe for the weekend.

I know Tijuana gets a bad rap. Everyone has a story of going there as a kid when it was dirty and scary. Heck, I even have one of those stories! But times have changed (sort of) and TJ is now booming with redevelopment and benefitting from an influx of migration southwards from people looking to escape their high costs of living in Southern California.

Finding good information on Tijuana was easy. A quick search on “Tijuana food/beer” resulted in numerous articles including NewYorkMag and Afar. When I saw the New York Times listed it as the #8 place in the world to go in 2017 (Canada was #1 btw), I knew TJ was a place worth exploring, with one small hurdle.

San Diego is a quick 2 1/2 flight from Vancouver and the border is less than 30 minutes from the airport. The only hurdle for a solo female traveller like me? Crossing “la linea” and meeting up with my friend safely in Tijuana.

Lucky for me, I was meeting “Oaxacking” who has friends all over and I was able to get a personal escort over the border and less than 90 minutes from touchdown at SAN airport, I was sitting in sunny Tijuana having a beer with Omar!

Mamut Brewery Co  – The beer crawl started off strong at Mamut. A taster of 4 costing only $60 pesos (that’s around CDN $4.20/US $3.15). I liked the small space and outdoor seating, was a stark contrast to the rain I’d left at home, which made me so thankful that I’d made this trip! 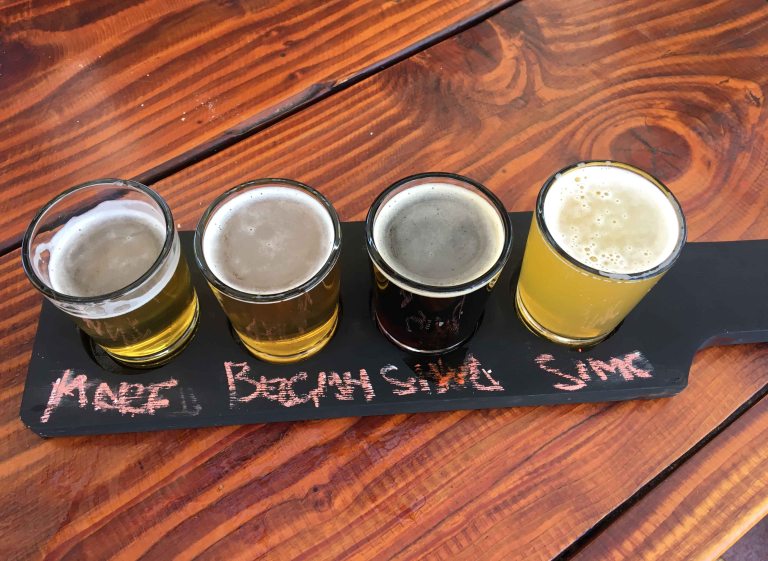 Cine Tonala – Walking into the ground level of this movie theatre/restaurant/bar was my firsthand experience of “hip” Tijuana and this was a place I could imagine spending time in. We kept walking up the stairs to the 3rd floor terrace where we sat for a drink, some eats and I got to take in the view along Av. Revolucion.

Cerveceria Tijuana Tap House – This one was a bit out of the way, but I’m happy we got to it because I enjoyed the bright airy space with a great beer selection and yummy bar snacks.

Cerveceria Insurgente – The tasting room is located in Plaza Fiesta, which was once a mall of seedy nightclubs now being revived into a craft beer galleria housing some of Tijuana’s best craft breweries. We stopped at Insurgente, which had an impressive selection of bottled beer, but of course, I was interested in trying out what they had on tap.

We had intentions of hitting a few other breweries housed in Plaza Fiesta, but then talk of mezcal hit our group and we knew if we wanted mezcal, that Omar’s stash that he brought from Oaxaca was going to be better than anything we’d get in Tijuana. We headed up to the apartment of one in our group to have a sip of mezcal while taking in the view of the city.

We had spent the whole day drinking with not much to eat so headed to the fair that was taking place in town, so we continued our evening there. 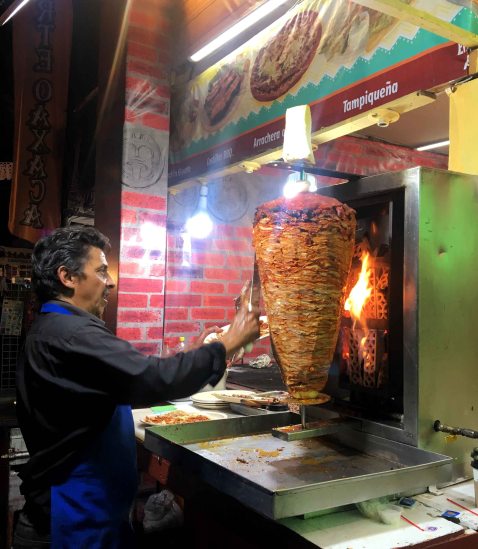 Omar found out one of Mexico’s top-selling artist’s Yuridia was playing at the fair that night, and before I knew it, we were in the cozy arena awaiting her show!

One Bunk TJ – Every article I’d read on TJ said that the uber-small boutique hotel One Bunk was the place to stay, and when I saw how reasonably priced it was, I booked immediately. Conveniently located on Av. Revolucion, but surprisingly not noisy at all, One Bunk turned out to be better than I’d ever expected it to be.

Telefonica Gatro Park – Part 1 – We needed sustenance before we hit the road south to the Guadalupe Valley so we asked around for what to eat for breakfast and found ourselves at Telefonica Gastro Park. Because we were there for breakfast, only 2 of the many food trucks were open but lucky for us, both were serving delicious eats. 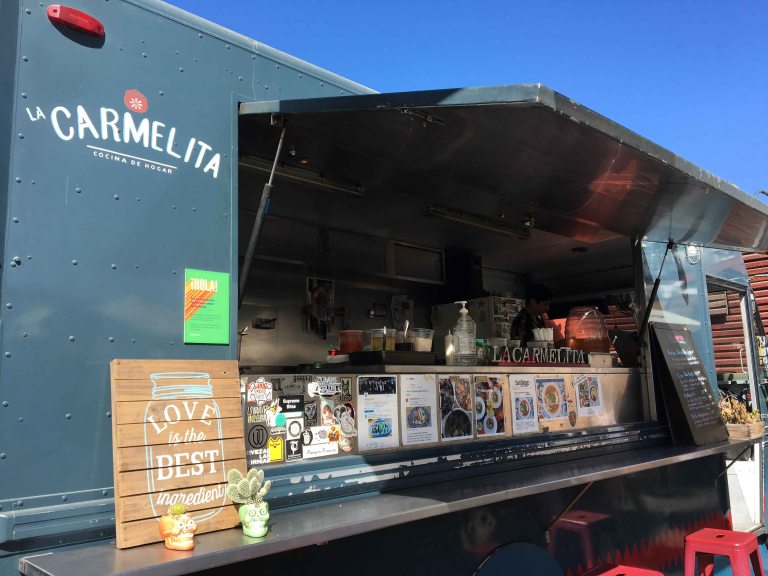 We returned to Tijuana after the weekend in the Valley, I had a few hours to kill before heading back north of the border for my flight which meant a few more hours of exploring.

Alma Verde – After the days of excess I’d just had, a stop at Alma Verde, known for their healthy breakfast and juices was just what my body and mind needed.

I had just enough time for one last beer before leaving TJ, so we headed back to Telefonica Gastro Park. SouthNorte, the first American independent craft brewery in Mexico shares its space and collaborates with Lirica Brewing, and the result is lots of amazing beers to taste.

Just over a day of seriously exploring the craft beer scene and barely scratching the surface on the food scene in Tijuana has left me wanting more. Lucky enough, I’m returning in a few weeks for another day adventure…

Missing all the fabulous meals in wonderful spaces shared with my favourite people
As the calendar flips to the New Year, and the world turns around me, I look to the stats as my truth. Actual data keeps me focused.
One of my favorite days of 2022 was spent at the beautiful @ooooa.studio cooking & learning with @chefrodocas. I arranged this day because I wanted to inspire my mama with new flavors & techniques. What I quickly realized was that by bringing together my biggest food influences and creating a meal shared together at a table of my closest family, I was also fulfilling a dream of my own.
When @fcoronado voice texts you from Oaxaca and is SO excited about the snow in Vancouver he becomes your DP and not only sets up the shot with framing tips but also advises on wardrobe, you feel like you HAVE to (even if you know your neighbors think you’re crazy).
corners
2/2 I usually say sunsets are meant to be shared while sunrises are best solo but experiencing sunrise at Xochimilco was definitely enhanced in the company of amazing people. To top it off, the breakfast prepared by @carlos_tellaz eaten al fresco with ingredients he sourced within arms reaching the farm, followed by a tour to learn more about the chinampas and their farming practices had me feeling grounded and connected and to this extraordinary area just 30 minutes outside bustling CDMX.