Travelling to San Diego for a dragon boat festival was a great excuse to hang out for a few extra days to explore the city. Having just scratched the surface of the city on my 1st trip to San Diego in over 30 years I was excited to keep exploring, especially the craft beer scene.

We chose to check out Tijuana on our first of 2 free days but devoted the second to exploring San Diego and its massive craft brewing scene. While there are many breweries located in close environs to downtown, I wanted to delve deeper into the scene. I was told by a local that North Park was the place to go, and lucky for me and my pals, he and his wife were kind enough to organize a beer crawl for us.

Pre-North Park Beer Tour: In preparation of our evening, we thought it smart to fill our stomachs for lunch. After enjoying my time at The Crack Shack on my last visit to San Diego, I wanted to return for a fried chicken sandwich lunch, (plus more).

We headed back to our apartment for a nap that would recharge us before our big night, we were distracted by Ballast Point. Figuring a drink would help propel us into our mid-day rest, we pulled into Ballast Point for a small taste. Little did we know, their flights were not so little…

As we researched North Park, our beer touring destination, we realized they also had some great street art pieces in the neighbourhood. So we headed out there earlier than our scheduled meeting time to check them out before dark.

1st stop – Modern Times North Park Flavordome:  We met Heriberto and Donna, our “tour guides” for the evening and felt grateful to have friends who were leading this adventure. As we chatted about our many options for stops through the evening, I knew I needed to pace myself, so I started with a glass of Ice, their “crushable Pilsner”, which indeed it was. 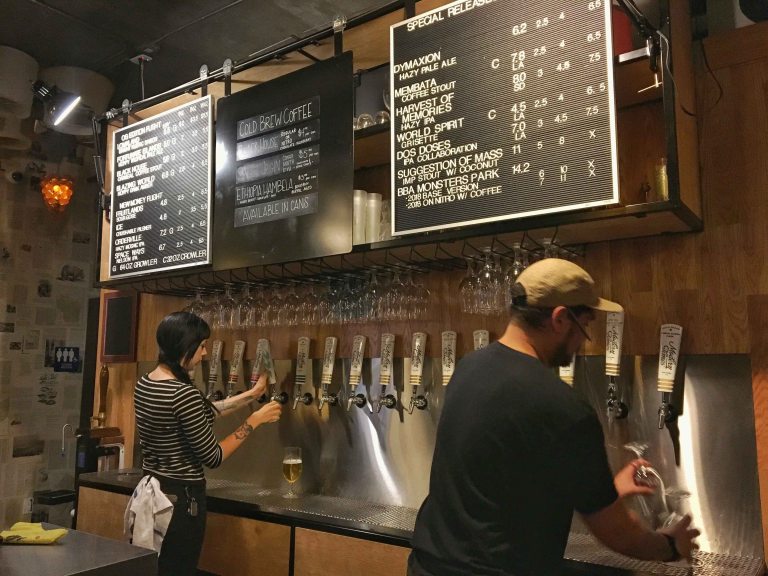 2nd stop – California Taproom: A carb fill of handmade pretzels, to accompany another glass of beer of course. California Taproom had an impressive selection from local breweries on their rotating taps and I chose what was my favourite of the night, Second Chance’s Imperial Pilsner with jasmine.

3rd Stop – Mike Hess Brewing: This was the biggest (relatively) and most lively brewery we visited. I loved how their shiny fermentation tanks are up in front to view before heading through the walkway in between to the tasting area. 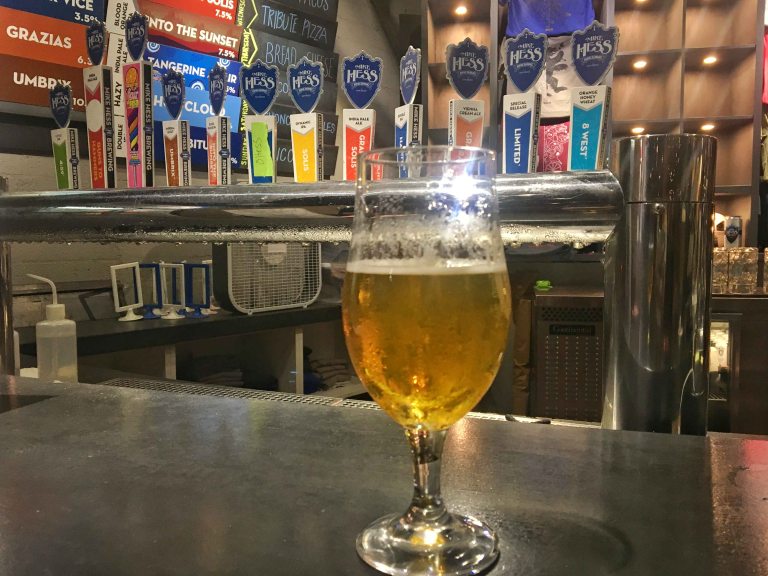 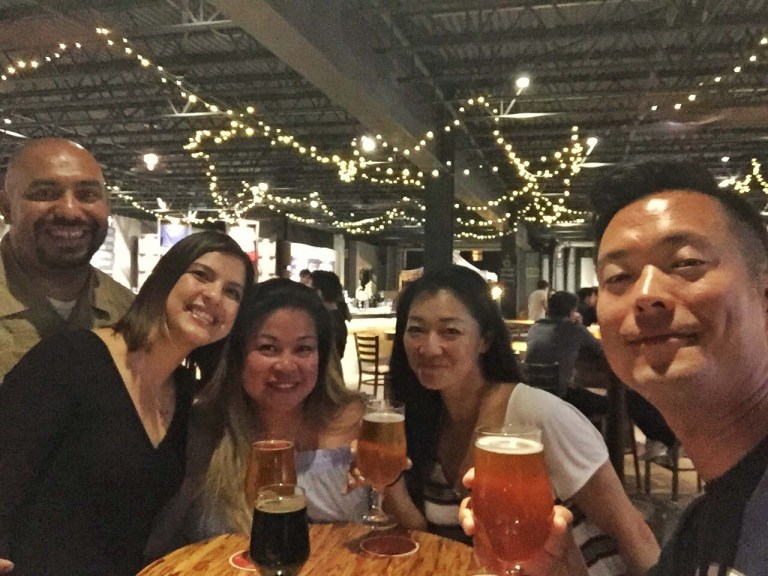 Stop 4 – City Tacos: While there was a City Taco truck at Mike Hess when we were there, it was just closing up for the evening so we made our next stop up the street at their storefront.

Stop 5 – Toronado Brewing: It was getting late so we were limited to where we could go for one last beer. We ended our night at Toronado which delivers a strong rotating tap selection of local and international beers, in a somewhat dive bar setting. It was the perfect end to a fun-filled night. 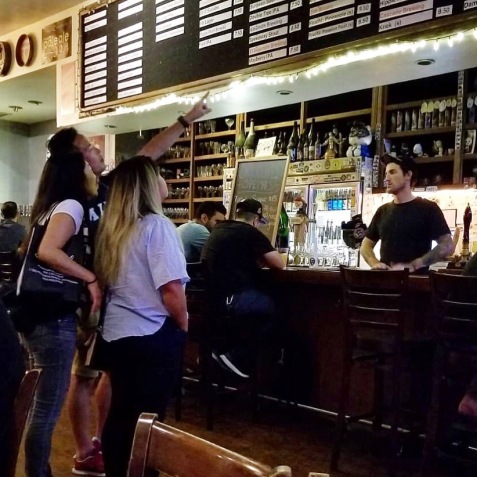 Before we left San Diego the next morning –  Bolt Brewery: I was inspired by our beer tour from the night before, I wanted to make one last stop before heading to the airport.

And really the last – Stone Brewing: With time to spare at the airport, we felt we had to have “one last” at one of the original craft brewers in San Diego.